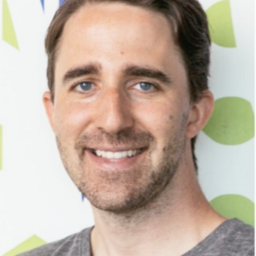 Often when engineering leaders think about the productivity of their team they rely primarily on output metrics. Did we ship features on time? Did we accomplish our goals for the quarter? These are useful questions to ask but the challenge is that they are lagging indicators. By the time you know the result it's too late to adapt.

This is why the best engineering leaders also include leading indicators of productivity (input metrics) in their analysis to enable their teams to adapt to obstacles real-time and maximize their team's ability to deliver value.

When you're operating on the maker's schedule, meetings are a disaster. A single meeting can blow a whole afternoon, by breaking it into two pieces each too small to do anything hard in.

Software engineers are makers. Their days need to be chock full of uninterrupted blocks of time to allow deep thought and concentration for them to do their best work.

Tanooj Luthra manages the Observability team at Brex, responsible for metrics and alerting for a stack that processes billions of dollars of transactions. Being naturally data-driven, he decided to start tracking his team's maker time by analyzing his team's calendar data with Okay. He suspected that if he dug into the metrics driving his team the same way the Observability team's metrics drive Brex he would find opportunities to help his team be more productive.

Okay breaks down a team's time into three buckets:

Tanooj was surprised to learn that on a typical week his team only had 50% Maker Time. This is not uncommon and most engineering managers that start measuring Maker Time with Okay see that their team's baseline is ~45%. Equipped with the data, Tanooj immediately went to work with his team. In 6 weeks he was able to increase his team's productivity by 40% by improving average engineer Maker Time from 20 to 28 hours per week (the equivalent of adding 2.4 engineers to his team of 6).

Tanooj leveraged three techniques to get his team to best in class maker time:

By measuring his team's time and sharing it transparently with them, everyone worked together to reach a substantially higher sustainable level of productivity.

As you would expect, not only did productivity go up, team happiness also increased. One of Tanooj's engineers shared their experience during a sprint retrospective:

I've had noticeably more maker time lately — thank you!! I was a lot happier last week because I got to just code a LOT!

Peter Drucker put it well when he said:

What gets measured gets managed

Tanooj and his team have embraced Drucker's advice and demonstrated the value of leveraging calendar metrics to create high performing teams.

Get the latest articles on engineering productivity.

Book a demo with our founders →